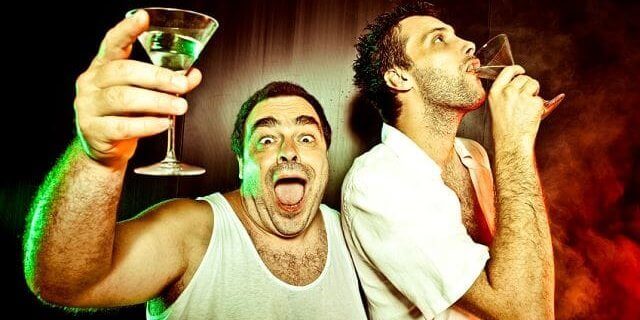 Almost as soon as alcohol enters the blood stream it has been proven to lower one’s personal inhibitions. Yeah it will make a person feel more relaxed and outgoing but it also makes people do some really stupid things. The brain isn’t going to be making the best decisions when its being influenced by Jack Daniels.

How Does Alcohol Do This?

When an amount of alcohol is consumed by a person their brain start to release dopamine, the more alcohol the more dopamine. Dopamine is the chemical your brain creates to make you feel good.  The point of this chemical is to make the body want to do things that is healthy for it. This includes but is not limited to; eat healthy, exercising and doing nice things for others. The problem is heavy drinking will release so much dopamine that your brain can’t tell the difference between a good decision and a bad decision. Fact and point – Not many of us would go streaking across a football field completely sober.

Dopamine blocks a lot more than just our mind’s ability to make a somewhat responsible decision, it blocks all expressions of it. One or two drinks may help someone relax and become a bit more outgoing at a social gathering or at a party. Just add a few more drinks may prompt someone to start acting in ways that they usually would not. Just a few out of charecter actions people do when their drunk are

If you have experienced some of these things in the past while drinking, you maybe using alcohol to self medicate yourself.

What Are the Risks of Lowered Inhibitions?

When drinking a lot of people make some poor decisions that wouldn’t even cross their mind when they are sober. Unprotected sex with strangers can lead to many types of STDS and can also lead to pregnancy. According to MADD (Mother’s against drunk driving) everyday in the United States 28 people lose their lives do to either driving drunk or being hit by a drunk driver. People are constantly admitted to the hospital due to alcohol poisoning some even lose their lives.  Many people go to jail or prison due to the stupid or violent acts they committed when they were drunk.

Alcohol is extremely addictive. not just mentally but physically as well. If a person drinks daily for weeks on end and then tries to just stop their body can go through a varying amount of withdraw symptoms similar to heroin abuse. One can get the shakes, the cold sweats, muscle aches, restlessness, mood swings and can even have life threatening seizures. People often seek out the help of professionals or support groups to help them loosen the grip that alcohol has gained on their lives.